Fossils are the remains or traces of animals and plants that have been preserved in rocks. Most fossils occur in sedimentary rocks where the skeletal remains of organisms have been buried within layers of sand and mud. 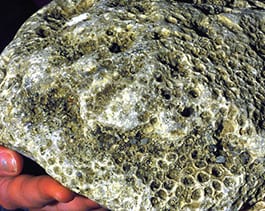 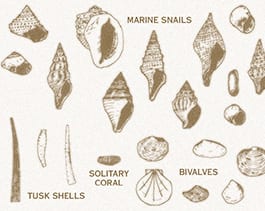 The sedimentary rocks of the Waitakere Ranges accumulated on the floor of the sea between 20 and 16 million years ago, during the early Miocene Period, and thus this is the age of all the fossils found within them. Around 300 different species of macrofossil have been recorded from the Waitakere Ranges, with specimens held in the collections of Auckland University and the Auckland War Memorial Museum. 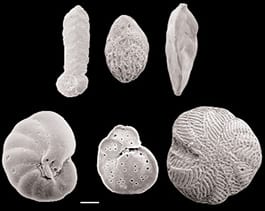 Foraminiferal microfossils from the sedimentary rocks of Waitakere. Scale is 0.1mm long.

Twenty-eight of these fossil species have been described as new and have type specimens and type localities from the Waitakere Ranges. Very few of these new, mostly deepsea, species have yet been found elsewhere.

From ‘Fossils: Relics of the Past’ Bruce W Hayward, Waitakere Ranges

Rainforest of the Waitakeres

Although the bulk of the kauri (Agathis australis) has been milled, there is plenty of evidence of its former extent throughout the great rectangle from Muriwai south to Titirangi, and from the west coast to the eastern foothills — even to the Henderson lowlands now in farmland. Huge sawn stumps, less evident as time goes on, can sometimes still be traced in the second growth, and for the observant the remains of tramways and dams can be found.

When viewed from a little distance the mature forest is impressive and beautiful Predominantly rather sombre, it still delights the eye with its billowing masses of green, ranging from the olive tones of tawa to the grey-green of kahikatea (Dacrycarpus dacrydioides) and the honey-green of rimu or the dark shining green of puka (Griselinia lucida). Frequently, it is the dense green of kauri crowns that dominate in a jumbled fretwork against the sky. Splashed throughout, according to season, will be drifts of starry clematis (Clematis paniculata) 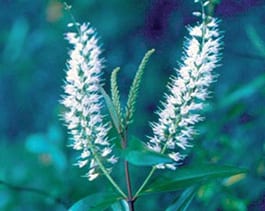 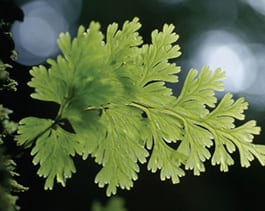 The largest of the filmy ferns, Hymenophyllum dilatatum – John Braggins

whose bright panicles may cover steep slopes like a powdering of snow, especially along Scenic Drive. 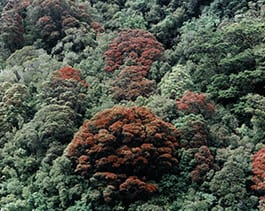 And then, every third summer or so, the crimson tree rata (Metrosideros robusta) will bloom. Nearer the coast and on the lower eastern slopes, kowhai (Sophora sp.)adds gold to the tops, while pohutukawa (Metrosideros excelsa) (blazes brightly.)

From “Rainforest of the Waitakeres ” Lucy Cranwell-Smith (1982) Waitakere Ranges

Ferns and the generally smaller liverworts and mosses are different from the general trees and plants of the forest in that they are spread by spores, tiny structures made up of a cell with a tough outer wall.

For the people of Auckland the Waitakere Ranges are ‘fern heaven’. The wonderful, varied topography and high rainfall combine to provide the best conditions for displaying many of our native ferns and bryophytes in profusion. We are especially lucky in New Zealand in that we have so many common and widespread ferns, thus the forest always seems so much richer in ferns here than in other countries. 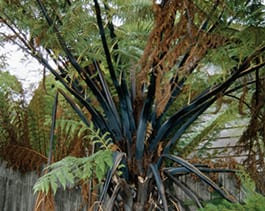 are often the first to catch the eye. Starting usually on old slips or other exposed soil, lines of them mark old roads and slipways and adorn the slopes near roads. This, the largest of our tree ferns, dominates areas where it is established. However, don’t look for it in the dense forest as it is a plant needing light.

The smaller tree ferns are also striking, with the ponga or silver tree fern (Cyathea dealbata) more able to handle drier sites, the wheki (Dicksonia squarrosa) forming stands in damp spots, and katote (C. smithii) confined to cooler forest at higher levels. At the other extreme of size are the many filmy ferns, some delighting the eye with a soft profusion of tiny fronds on tree fern trunks. Others, also usually on tree fern trunks, form tiny fans (Hymenophyllum lyallii), 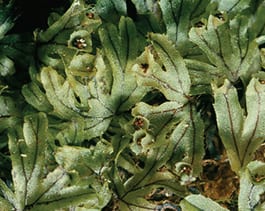 while many have triangular fronds through which sunflecks glow in pellucid green. This profusion is at its best in sheltered gullies, especially in wetter areas. Tree fern trunks are a particularly favoured habitat for filmy ferns and those found on them range from the largest (Hymenophyllum dilatatum) to the smallest. Among the more unusual is H. ferrugineum where the fronds are brown because of star-shaped hairs along the veins and margins. 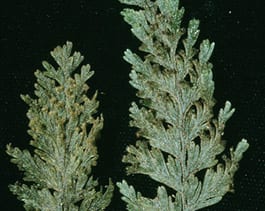 It is a plant of wetter sites most often on wheki trunks.

Imagine the bush of the Waitakere Ranges stripped of all its small plants. Much of the character of New Zealand’s wild places is due to mosses and liverworts, the plants collectively known as bryophytes. Individually the bryophytes may be small, but they often carpet ground and trees in abundance, acting as a living mulch for the forest. 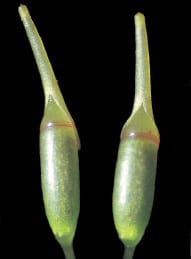 With their wide diversity of habitats,forming a dynamic patchwork, the Waitakere Ranges harbour a wealth of mosses. These small plants form an important part of the biodiversity of the region. They have a significant role in sustaining both highly modified and more natural ecosystems, through their abilities to absorb, retain, and slowly release water. They provide homes for invertebrates and nurseries for larger plants, while adding an aspect of aesthetic beauty to the environment, part of its mauri, which can be appreciated by the scientist and the artist in each one of us.

From “Nature in Miniature The Mosses” Jessica Beaver, Waitakere Ranges

Uncommon Trees and Shrubs of the Waitakeres Sandra Jones

There is only one species of tree or shrub that is still considered to be truly endemic (unique) to the Waitakeres and that is Hebe bishopiana. Named for John J. Bishop (1865–1933), an amateur botanist who lived in Titirangi, it is a small, widely branching shrub that occurs on steep hill faces, rock outcrops and streamsides. It has a dark maroon stem, the young leaves have a maroon mid-vein on the underside, and the very newest leaves are maroon all over. The most accessible place to see it is on the track to the top of Mt Donald McLean. 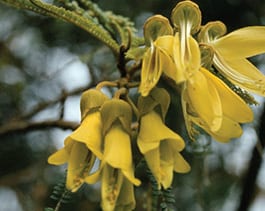 A number of species have their stronghold in the Ranges, although they also occur in small populations in other scattered localities. One of these is Sophora fulvida (the ‘Anawhata Kowhai’), which has more numerous, smaller leaflets than the common S. microphylla and S. chathamica. The leaflets are particularly hairy, are closely set and don’t have petioles (stalks). Another is Hebe obtusata, a very attractive sprawling shrub with fleshy obtuse (rounded at the tip) leaves. Both these species are found only along the coast, generally within sight or sound of the sea. It was at one time believed that they were endemic to the Waitakeres, but in recent years the kowhai has been reported from Maunganui bluff, Bream Head, near Mt Manaia and near Mt Karioi at the southern entrance to Raglan Harbour, and the hebe has been found to the south as far as Kawhia Harbour.

What is a fungus? A concise definition (The Concise Oxford Dictionary 1982) runs ‘mushroom, toadstool, or allied plant including moulds’, and in the botanical sense ‘cryptogamous plant without chlorophyll feeding on organic matter’. 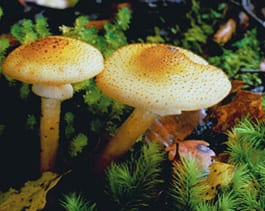 Armillaria limonea is a parasite often found fruiting at the base of dead trees. George Barron

While this definition captures something of their nature, fungi are no longer considered plants. Indeed, recent evolutionary studies of the ‘Tree of Life’ place them on the same branch as the animals, one common feature being the polysaccharide chitin, a component of the walls of fungal cells and the exoskeleton of insects and crustaceans. Some modern classifications place them in their own ‘fifth kingdom’ distinct from plants, animals, protists (single-celled protozoa and their like), and bacteria. And, as with most biological classifications, there are misfits. In this case some fungi that mycologists study, such as the slime moulds and water moulds, are now placed in the protist kingdom.