The Waitakere Ranges Local Board is continuing planning for the proposed ‘foothills walkway”. The walkway will eventually traverse the length of the Waitakere Ranges Foothills from the Swanson Railway Station in the north to the Arataki Visitor Centre and Titirangi in the south. Work is currently being done to capture all the information required to apply for the resource consents for the walkway, and to lodge the application.

An Auckland Regional Bat survey completed this year found bat activity in Te Henga (Matuku, & Lake Wainamu and Kawaupaka) but the Kokako Management Area and buffer in Ark in the Park area of the Waitakere Ranges Regional Parkland detected 910 bat passes over 10 nights – the highest rate ever recorded by Council. The Waitakeres are a bat hotspot, with advantages from pest control not just for birds and plants, but evidently for bats as well!

Forest and Bird’s and Auckland Council’s Waitakere Ranges partnership project ‘Ark in the Park’, last month won a Green Ribbon award in the Stewardship Champions category. In the project based around the Cascades Kauri area in the Ranges Parkland, harnesses over 600 volunteers who contribute more than 9000 volunteer hours every year. The success of the project is obvious. With the reduction of animal pests and the reintroduction of whiteheads, robins, kokako and more to come, the forest resounds with birdsong.

A place of great significance to residents, tangata whenua, Aucklanders and visitors alike.

The Act recognises the importance of the Waitakere Ranges Regional Park  which covers some 17,000ha, or around 60 per cent of the heritage area, as an accessible public place with significant natural, historical, cultural and recreational resources.

The Act also recognises that people live and work within this area (over 21,000 residents in 2005), and that many have contributed to shaping the landscapes that we see today and have helped protect its natural environment and human heritage. It seeks to set a benchmark for Waitakere Ranges’ residents goals and hopes for their communities and environment in 10, 50 and 100 years time. It aims to protect and enhance the area’s significant heritage features and the special character of each community in the ranges, and to provide a rural transition from the city’s urban areas to bush and coastal areas further west in the ranges.

View and print a high resolution map of the Waitakere Ranges Heritage Area .

The Waitakere Ranges Local Board recently reviewed and signed off on a revised version of the Waitākere Ranges Foothills Design Guide. Information about the WRHAA will now be included on LIM reports which will also include a reference to the (reviewed) design guide. This will help those seeking to build or develop in the Waitākere Ranges Heritage Area.

The design guide is non-statutory and was first produced under the former Waitākere City Council. But board members agreed with a finding of the first Heritage Area Monitoring Report last year that said more needed to be done to promote awareness and use of the guide by landowners and council officers.

It funded the updating and reprinting of the document and has agreed it should be referred to in all Land Information Memorandums issued for sites in the Heritage Area.

For copies or more information on the design guide, contact nicholas.lau@aucklandcouncil.govt.nz.

For more information from the Waitakere Ranges Local Board see their Newsletter August 2014. 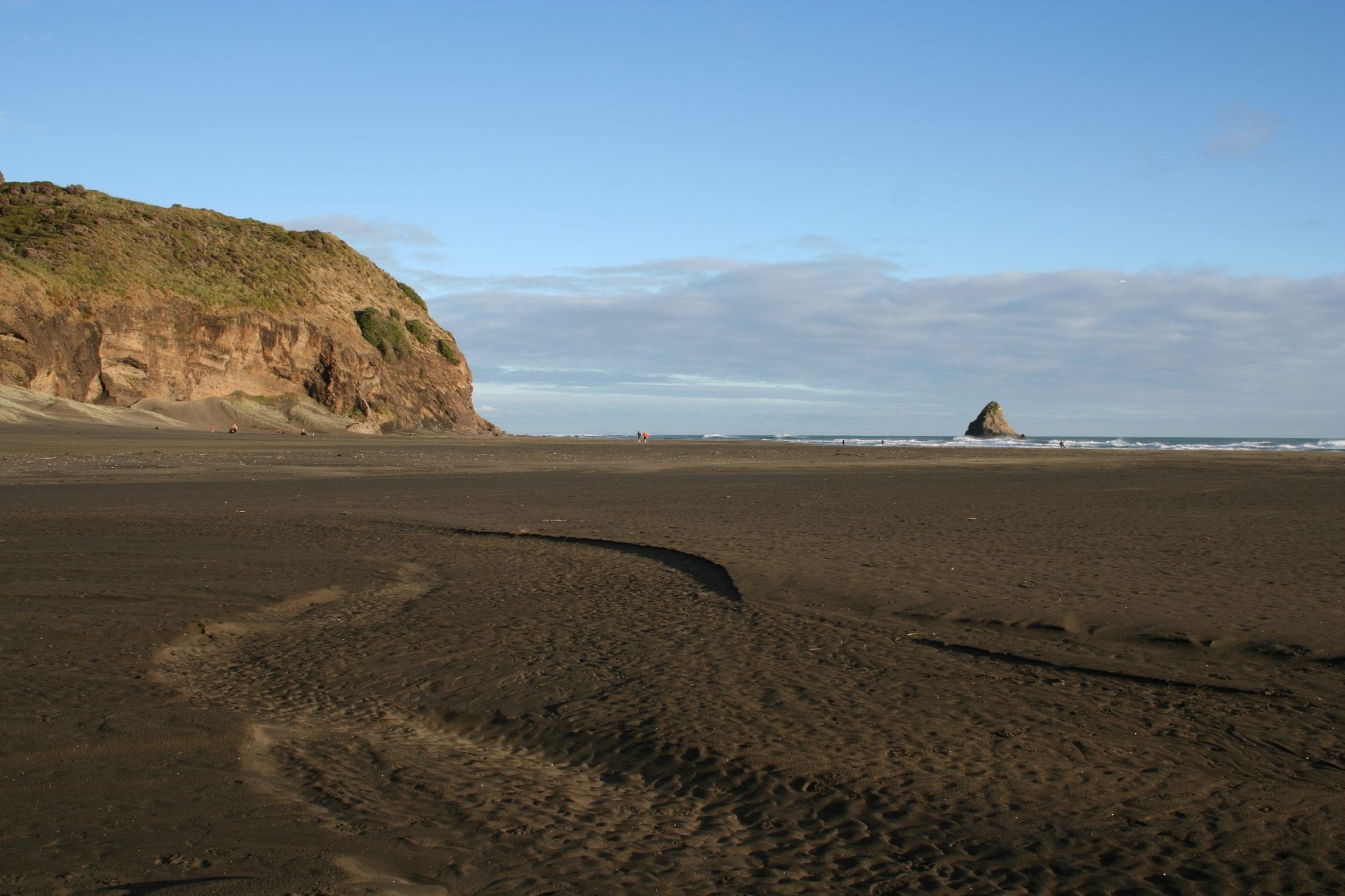 This LAP is prepared under the Waitakere Ranges Heritage Area Act 2008, whose purpose is to protect and enhance the heritage features of the Heritage Area. Please see the Auckland Council LAP newsletter for more details.

This event was an opportunity to celebrate this wonderful place and its people with talks by local iwi Te Kawerau a Maki, John Edgar from Waitakere Ranges Protection Society, local historian Mary Woodward and John Sumich from Ark in the Park and Habitat Te Henga.

Following the talks, there were thematic group discussions to start building relationships amongst residents, community organisations and council staff, form working groups around different topics, bring together the information that’s available to council, iwi and community on the area, and plan the work ahead.

The Local Board have carried out a new ‘Weed free buffer project’ focused on Bush Rd and Opunuku Valley. These areas were chosen because of the levels of weed infestation, interest, and conservation benefits. 72 properties were visited and provided with information packs, with 70% keen on further engagement. 15 properties were helped with weed management plans, 32 properties were provided with materials, 22 were provided contractor assistance. The result was targeted assistance with weed control, better awareness about regional park boundaries and improved biodiversity and habitat management.

Auckland Council have been working on a visitor management plan for the Waitakere Ranges Heritage Area.

The final plan is expected soon

Proposed Plan Changes 35, 36 and 37: These plan changes were publicly notified by the former Waitakere City Council on 10 February 2010. They are considered necessary to achieve the purpose of the Resource Management Act 1991 (RMA) and the Waitakere Ranges Heritage Area Act 2008.

Proposed Plan Change 35 proposes to establish a new Policy Section 5B, entitled Waitakere Ranges Heritage Area. It also incorporates those elements of the Oratia and Waiatarua Local Area Plans that relate to the RMA into the District Plan.

Auckland Transport and design guide for urbanising effect of infrastructure

Auckland Transport have held a workshop to start developing a code of conduct/road corridor design & management guidelines to address the ‘urbanising effect’ of infrastructure. They plan to develop a design guide for the Heritage Area. This should help avoid adverse impacts from built infrastructure such as too many road signs or streetlights. See here for more information.

A Community Information Pack on the Waitakere Ranges Heritage Area is now available.

This pack contains information on a range of issues relevant to the Heritage Area including its history, culture and biodiversity, the Regional Park, information on protecting and restoring the ecology of the area, and information on community links and resources.

The pack is an initiative of the West Coast Plan Liaison Group, the Waitakere City Council and the Auckland Regional Council. Packs are available to all residents of the Heritage Area.

You can download any of the pack contents from www.waitakere.govt.nz

A Local Area Plan (LAP) is a planning mechanism provided for under Section 25 of the Waitakere Ranges Heritage Area Act 2008 and must be developed together with local communities.

The Act acknowledges that within the ranges and foothills there are diverse places and communities, each with a distinctive character and future. LAPs must identify the boundary of the local area and will set goals for retaining and enhancing the heritage features and character of each of these distinctive areas and providing for the wellbeing of the community.

LAPs and associated background reports have been completed for Waiatarua, Oratia, and Henderson Valley/Opanuku. A Foothills Background Report covering the whole of the eastern foothills area and providing context for the Foothills LAPs, has also been prepared. In addition, a background report has been prepared for the Bethells/Te Henga/Waitakere Valley area, in anticipation of a Local Area Plan for that area. In the future, LAPs will also be developed for the remaining foothills settlements (Anzac Valley and Swanson), and coastal settlements along the Tasman Sea and Manukau Harbour coasts.