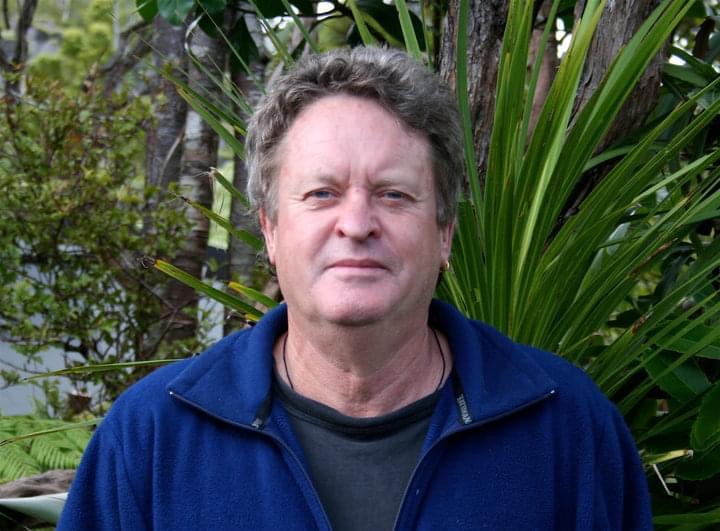 We are very sad to tell you that John, our WRPS president of 22 years, died at Auckland Hospital on 3 April.

John dedicated his life to protecting the environment and especially his beloved Waitakere Ranges with its significant heritage and ecological values.

If you wish to make a donation to the Society in memory of John Edgar, the Society’s bank details are as follows:

Please use your surname as the Reference, and “for John” as the Particulars.

Then notify the Treasurer by email treasurer@waitakereranges.org.nz, with your name, address, and phone number so that we can send you a receipt and notify the family.

Or you can email us at wrps@waitakereranges.org.nz

Or you can drop us a line to Waitakere Ranges Protection Society, PO Box 15668, New Lynn, Auckland 0640.

Unfortunately we cannot accept cheques as our Bank (Kiwibank) no longer processes cheques.

John Edgar was on the committee of the Waitakere Ranges Protection Society (WRPS) since 1996 and since 1998 has been President making him the Society’s longest-serving president at 22 years, retiring in 2020 due to ill health.

He was a long-term resident of Karekare and was a sculptor with many public sculptures to his credit in Auckland, Waitakere, and the United Kingdom.

John had dedicated his life to the preservation of the Waitakere Ranges and its significant heritage and ecological values. Many issues were tackled during John’s tenure as President, and he led the Society through an extremely challenging period when the Waitakere Ranges was threatened by subdivision and development.

John always had an unconditional commitment to and responsibility for both WRPS and to the protection of the Waitakere Ranges and made a long and effective contribution.

In the years before the Waitakere Ranges Heritage Area Act came into being there was a huge amount of work that John, on behalf of the Society, with the support of legal counsel and planning experts, put into challenging a multitude of Resource Consent applications, as well as putting considerable work into submitting on Regional Parks Management Plans and District Plans.

In January 1999, John Edgar anticipating the battles to come, made an appeal for funds to fight in the Environment Court. WRPS had had a busy year in 1999, appealing eight of the 106 points of the Waitakere City Council’s (WCC) proposed District Plan.

Drastic changes in subdivision rules in a Structure Plan by WCC led to the Society appealing the decision to the Environmental Court. Also over the course of this year there was a project managed by WRPS in collaboration with local iwi, DOC, ARC, and Landcare scientists, which focused on invasive wasp species. This project was inspired by a hearing from Dr Jacqueline Beggs of Landcare about the impact of their activities on insects in the forest.

In 2000, WRPS worked alongside ratepayer groups in Piha, Huia, Laingholm, Karekare to express concern at new resource consent applications which threatened to greatly change the areas in which they were proposed. The Society had a great deal of work to do preparing submissions and challenging the Council on individual issues in the appeals to the Environmental Court.  Millennial Medals were given to many members of the Society including John Edgar. The possibility of a Waitakere Heritage Park was revived at the AGM of 2000.

There were two important subdivision proposals in 2000 that WRPS challenged the Council on in the Environment Court. One was a 14-lot proposal in Titirangi, the other was in Karekare. In September 2000 WRPS was able to announce an important victory concerning the proposal in Titirangi, when the Environmental Court cancelled the subdivision consent. This was a major victory as it established some important principles that would be applied in subsequent cases. The second case was won when the Environment Court upheld the 4-hectare rule and disallowed the Council’s intention to reduce the subdivision size. It was a significant year on many counts, and by the end of the year the Commissioner for the Environment began a fruitful liaison with the Society to promote the concept of a heritage area.

The legal appeal undertaken on behalf of WRPS to the Environmental Court regarding the Auckland Unitary Plan (the Auckland Combined Plan) (2016) is another important and significant example of the notable work and effort put into various achievements WRPS has had under John’s leadership.

Another notable action was that John Edgar invited Morgan Williams, the then Parliamentary Commissioner for the Environment to visit the Waitakere Ranges, which resulted in his locally famous description of the situation as ‘death by a thousand cuts’ and a study report (June 2001).

John’s leadership has resulted in endless successful legal challenges to inappropriate developments or activities within the Waitakere Ranges.  Under his leadership WRPS have spoken out on a huge range of issues from the national response to Kauri Dieback, fighting to reinstate general tree protection, collaborating on submissions presented to the hearings on the then proposed Auckland Unitary Plan, sharing costs of expert witnesses during the planning hearing for the proposed replacement water treatment. The countless hours which have gone into attention to detail in writing submissions and being prepared to take legal recourse where necessary cannot be underestimated.

John Edgar’s willingness to give of his time and energy as well as providing the resources of the Society to those needing support has been pivotal to the success of many local conservation campaigns, whether they were about a single tree or many hectares of native bush.

In addition to all the battles the Society has fought under John’s leadership, the following books were also produced :

The book is a collection of essays, articles, art and writing from over  70 contributors. The book was a long-term project of 25 years that was finally realised in 2006.

Saving the Ranges: The first 40 years of the Waitakere Ranges Protection Society – Edited by Trixie and Bruce Harvey

The book tells of the many people who have contributed to the conservation and protection of the Ranges and makes it clear the work of the Society would not have flourished without the hundreds of members who have given their support.

Making a stand- the History of the Waitakere Ranges Heritage Area Act 2008 written by Wayne Thompson is an E-book format that is currently undergoing production with publication due very soon.

John Edgar has always worked collaboratively with other organisations to achieve the goals of the Waitakere Ranges Protection Society. This is exemplified by the Society’s support for Te Kawerau ā Maki in placing the rāhui onto the Waitakere Ranges forest to prevent further spread of kauri dieback disease. John worked alongside Forest & Bird, The Tree Council and Friends of Regional Parks as well as scientists and biosecurity experts from around the country and a huge outpouring of public support for Te Kawerau ā Maki to ultimately secure Auckland Council’s agreement to enforce the rāhui and close tracks in the regional park until they are upgraded.